The pioneering spirit of early settlers has shaped the Southern Lakes region. People have always been drawn here, starting with early Maori who came in search of Pounamu (native Greenstone) and European settlers who followed with sights set on fertile grazing farm land. They discovered much more when gold was discovered in the local waterways – starting a gold rush in the 1860’s which was to be the start of an ongoing gold rush within the Southern Lakes region. Today more than three million visitors per year visit Queenstown. Tourism remains the backbone of the local economy, with wine, golf, skiing and local activities being the major draw card and Queenstown has over 150 restaurants, cafes and bars to choose from.

Of course the fun doesn’t stop there, you can continue your southern lakes adventure with a variety of expeditions from Queenstown including some amazing local wineries and craft beer hot spots, let us take you there.

Bordered by the Mount Aspiring National Park, a World Heritage Area, Glenorchy is the gateway to some of New Zealand’s best scenery. Since the earliest times, this area has captured the imaginations and hearts of both settlers and travellers alike.

Glenorchy’s spectacular landscapes have become a prime location for film scouts, depicting many scenes from The Lord of the Rings trilogy as well as featuring in the Narnia movies. As bucolic farmland gives way to beech forests, lies Paradise. Some say it was christened for its natural charms, others for the paradise ducks that live in the area. Nobody can say for sure how it got its name, but the one thing people agree on is its breathtaking beauty. “This is the Middle‑earth I had always pictured,” Sir Ian McKellen (Gandalf) said of Paradise.

Home to about 500 people, Glenorchy is a welcoming and vibrant place famous for its southern kiwi hospitality.

For your own taste of southern hospitality in Middle Earth, let us take you there on a private experience.

Affectionately called ‘Central’ by those that know it well, Central Otago is New Zealand’s most inland region, located in the southern half of the South Island. It is breathtakingly different with vast undulating landscapes, rugged snow-capped mountains, clear blue rivers, deep gorges and tussock-clad hills. It’s also home to historic towns such as Cromwell and Clyde.

This area was the heart of the Gold Rush in the 1860’s which brought many people to the area. You can explore some of the old mining equipment and maybe discover some gold for yourself with a private Gold Panning experience.

Fiordland National Park is home to some of the World’s greatest walks with tracks such as the Milford, Kepler, Routeburn, Greenstone and Hollyford. Fiordland has achieved World Heritage status and of the fourteen fiords in the Fiordland National Park, Milford Sound is the most famous and accessible. When you visit Fiordland, you will be visiting one of the most beautiful and dramatic areas of our country. If you’d like to visit this part of New Zealand

Tap here to start planning your next adventure. 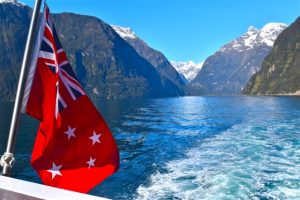 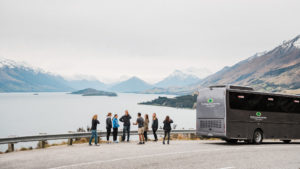 The pristine Glenorchy and Paradise

Queenstown from the above 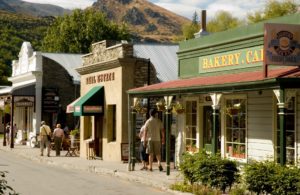 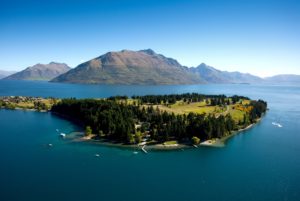 Many outstanding golf courses to choose from